The President of Legend Shit of America | Erotikafton Festival 2022

The President of Legend Shit of America

Often expressive to the point of confrontational the paintings demand the viewer’s attention and leave the observer questioning the nature of high and low culture, often mixing markers of both in the same artwork. The extreme, whether in personalities, actions or cultural markers, is a cornerstone of Crowley’s work.

Crowley studied painting in his home state of Wisconsin before moving to New York. He has been exhibited and included in collections worldwide including solo shows in Los Angeles, Norway, and London. 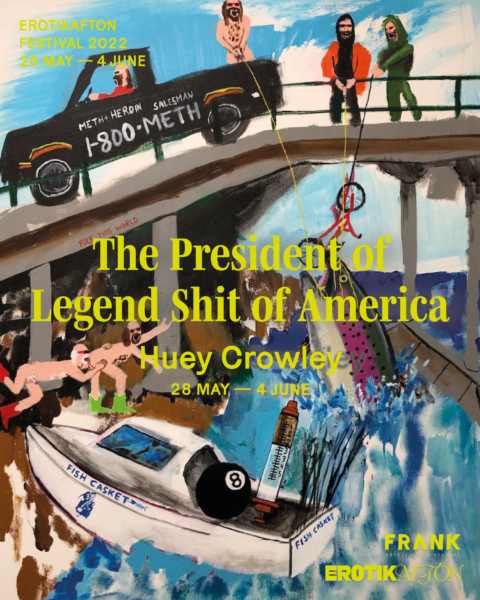